Chalk grassland is the richest habitat possible for our Downland, and has multiple public values. It is good for the eye to gaze upon, it likes being walked on and it protects marks left by ancient peoples. It is good for nature, for soil quality and retention, and for protecting and filtering our ground water. As species rich as a rain-forest, this unique world habitat has been reduced to isolated fragments. Now only some 20% of the Brighton Downs' ancient chalk grassland  survives, with most converted to arable, fertilized pasture, or fenced off on isolated slopes.

​Chalk grassland functions and is only sustainable at a landscape scale, it cannot survive in small fragments. Many of its unique species depend upon a large footprint of open grassland and variable open matrices for their life cycles and long-term survival. The remaining fragments on the Brighton Downs are vulnerable to species loss and attrition from woody vegetation, intensive farming and dereliction.​
Read the British Ecological Society's 2021 report on on nature-based solutions for climate change in the UK
“Restoring permanent grassland via reversion from improved grassland or arable land, including the restoration of wet or chalk grasslands as part of a varied mosaic style landscape, can positively impact biodiversity and reduce GHG emissions. For example, figures from the UK Land Use, Land Use Change and Forestry (LULUCF) GHG inventory indicate that conversion of arable land to grassland has the potential for removing 8.72 million tonnes of carbon dioxide (CO2 ) per hectare per year (t.CO2 /ha/yr) across the UK.1  In contrast, conversion of grassland to arable land can result in net emissions of 14.29 megatons (Mt.CO2 e/ha/yr)1”
A recent report by RSPB and WWF UK on ways the UK can reach it's carbon targets, reveals the of importance of the restoration of species rich grassland, recommending that we: "Restore via reversion from intensive grassland or arable land to permanent, natural grasslands, including wet or chalk grasslands as part of a varied farming landscape." ​
Interactive Map of Existing and Proposed Restoration of Ancient Chalk Grassland on the Brighton Downs Estate
Our Chalk Grassland, South Downs National Park
Why species rich grassland matters in the fight against climate change
​Thoughts on Chalk Grassland
​Sussex Wildlife Trust Chalk Grassland Appeal 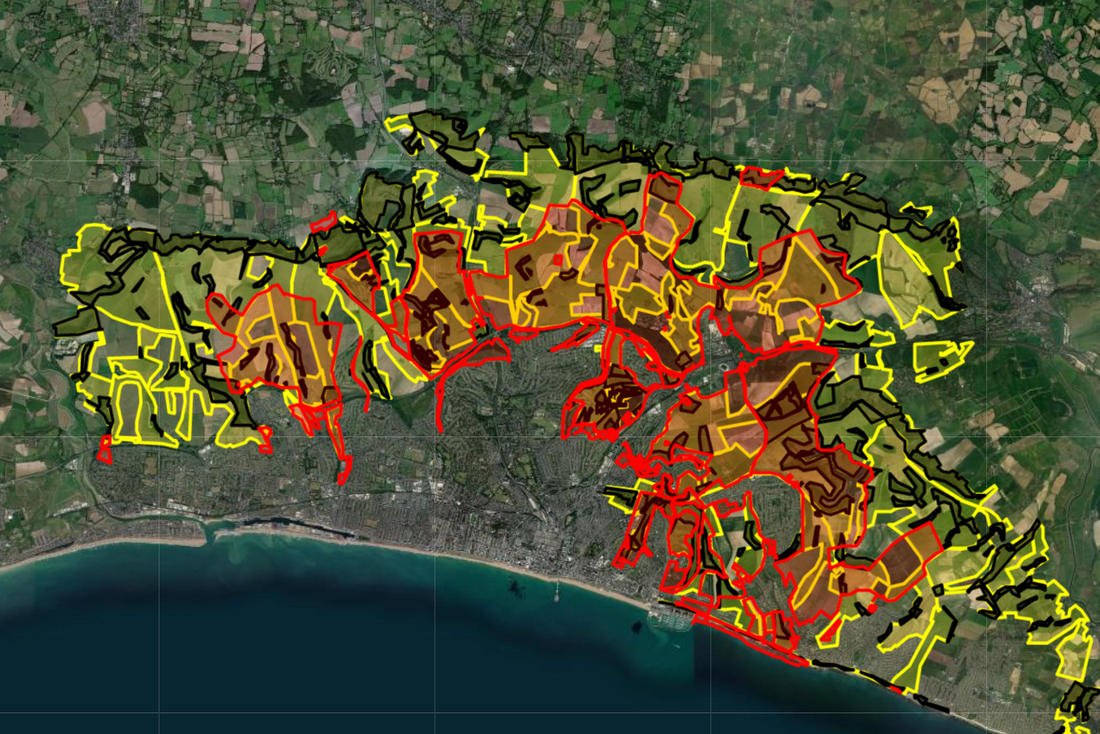